[Giveaway] - Skykeepers & Branded By The Sheriff

Skykeepers is a book I was sent for review, and I've tried to read this series twice now and I can't get into it. So, I'm looking for a blogger who would be interested in reviewing it. If you think you might be interested scroll to the bottom to learn out to enter. 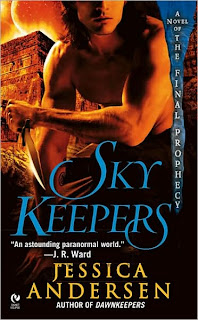 Michael Stone is a man with a dark secret that has skewed his magical abilities dangerously toward the underworld. Seeking redemption, he sets out on a perilous mission to save the daughter of Ambrose Ledbetter, a renowned Mayanist who died before he could reveal the location of a hidden library. The Nightkeepers must find the library before their enemies gain access to its valuable cache of spells and prophecies.

Sasha Ledbetter grew up hearing heroic tales of an ancient group of powerful magi who were destined to save the world from destruction. She never expected that her bedtime stories would come to life in the form of Nightkeeper Michael Stone, or that she’d hold the key to the warrior’s survival. As Sasha and Michael join forces to prevent the imminent battle, sparks of attraction ignite between them, and they’re forced to confront the unexpected passion that brings them together … and also tears them

Thanks to Harlequin, I have three copies of Branded By The Sheriff to giveaway. Scroll down to learn how to enter. 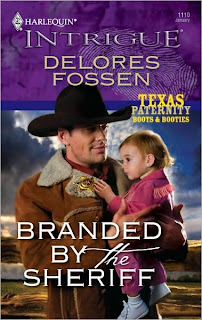 Years ago, Sheriff Beck Tanner had believed the worst about Faith Matthews. Now she was back in their small Texas town, forcing him to question everything he thought he knew about her. And when the killer who'd murdered her family set his sights on Faith--and her innocent baby girl--Beck's protective instincts kicked into high gear.

As dangerous pranks turned into deadly games, Beck needed Faith to trust him with the secrets of her past. And with a sadistic killer circling closer, all of Beck's attention had to be on keeping her baby safe...and ignoring his inconvenient attraction to the beautiful mother....

To enter leave a comment on this post along with your email address. Please specify which book you want your name entered in. If you'd like your name thrown into both giveaways, mention that in your post too. Open to U.S. & Canada. Winners will be announced on November 8th. Good Luck!
at 12:17 AM