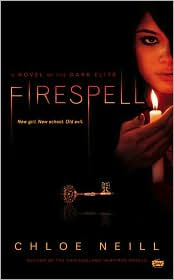 Summary: As the new girl at the elite St. Sophia’s boarding school, Lily Parker thinks her classmates are the most monstrous things she’ll have to face…

When Lily’s guardians decided to send her away to a fancy boarding school in Chicago, she was shocked. So was St. Sophia’s. Lily’s ultra-rich brat pack classmates think Lily should be the punchline to every joke, and on top of that, she’s hearing strange noises and seeing bizarre things in the shadows of the creepy building.

The only thing keeping her sane is her roommate, Scout, but even Scout’s a little weird—she keeps disappearing late at night and won’t tell Lily where she’s been. But when a prank leaves Lily trapped in the catacombs beneath the school, Lily finds Scout running from a real monster.

Scout’s a member of a splinter group of rebel teens with unique magical talents, who’ve sworn to protect the city against demons, vampires, and Reapers, magic users who’ve been corrupted by their power. And when Lily finds herself in the line of firespell, Scout tells her the truth about her secret life, even though Lily has no powers of her own—at least none that she’s discovered yet…

Thoughts: Firespell wasn't originally on my to buy list. I've seen lots of stuff about the book the last few months. Loved the cover, but wasn't sure If I wanted to read it. But when I saw it at Walmart, I snatched that baby up. It's so rare to find good new releases there. In the end I'm glad I picked it up, because I really enjoy the story.

Lily has just learned that her parents will be spending the next two years in Germany on a research trip, while she will be attending a boarding school in Chicago. Needless to say Lily is less that thrilled having to leave everything she knows behind. On her first day at St. Sophia's Lily meet her new BFF Scout and learns somethings off about Scout's late night jaunts out of the suite.

Lily and Scout are wonderful characters to read about. They are both snarky and compliment each other very well. Firespell pulls you in at page one. It was both suspenseful and charming, this will be a book you'll have a hard time putting down. I look forward to reading more installments in the series. I want to know more about the Dark Elite as a whole, the dark Sebastian and the blue-eyed hottie Jason, that has caught Lily's eye.