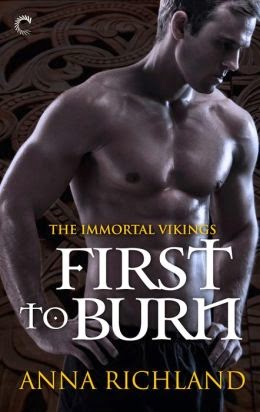 Summary:  Captain Theresa Chiesa, a by-the-book Army doctor fulfilling her final tour in Afghanistan, can’t believe the perfect soldier in the chow line is her disappearing patient, Sergeant Wulf Wardsen. Working together to save a pregnant Afghan girl makes her regret the difference in their ranks, but if she breaks the rule forbidding a relationship with an enlisted man, she’ll lose more than a career. She’ll lose the self-respect she earned by succeeding without her family’s interference.

Since the monster Grendel infected all of Beowulf’s Viking crew with immortality, Wulf has honed his battle skills. He trusts the mortal men on his elite A-team to conceal his secret, but he hides how much he envies their chances to grow old with the love of a wife and children. For fifteen hundred years, he’s lost everyone he loved.

Theresa’s passionate engagement with the world gives Wulf hope for a future together, but a supernatural lover doesn’t fit the plan Theresa’s followed since childhood. When corrupt military contractors suck them into the world of Afghan heroin smuggling, Theresa stops chasing her carefully mapped future. Instead she’s running for her life.

Thoughts: This was an wonderful read. It's probably not something I would pick up on my own but I ended up loving it anyway.  First to Burn is a military romance with paranormal elements. It's non-stop action, mostly set in Afghanistan & Italy. Wulf and Theresa's journey was exciting and delicious, filled with danger and romance. I especially enjoyed that Beowulf was part of Wulf's back story. About half way through there was a bit of twist. It's always great when a book/story surprises me. A unique tale that I definitely recommend.


For those not familiar with the epic poem of Beowulf and interested in it, the author recommends checking out the audio book format Beowulf: Translated and Read by Seamus Heaney.
[Amazon | Audible | iTunes]

Immortal Vikings
First to Burn
The Hard Road TBA
The Sinner TBA
at 11:00 AM