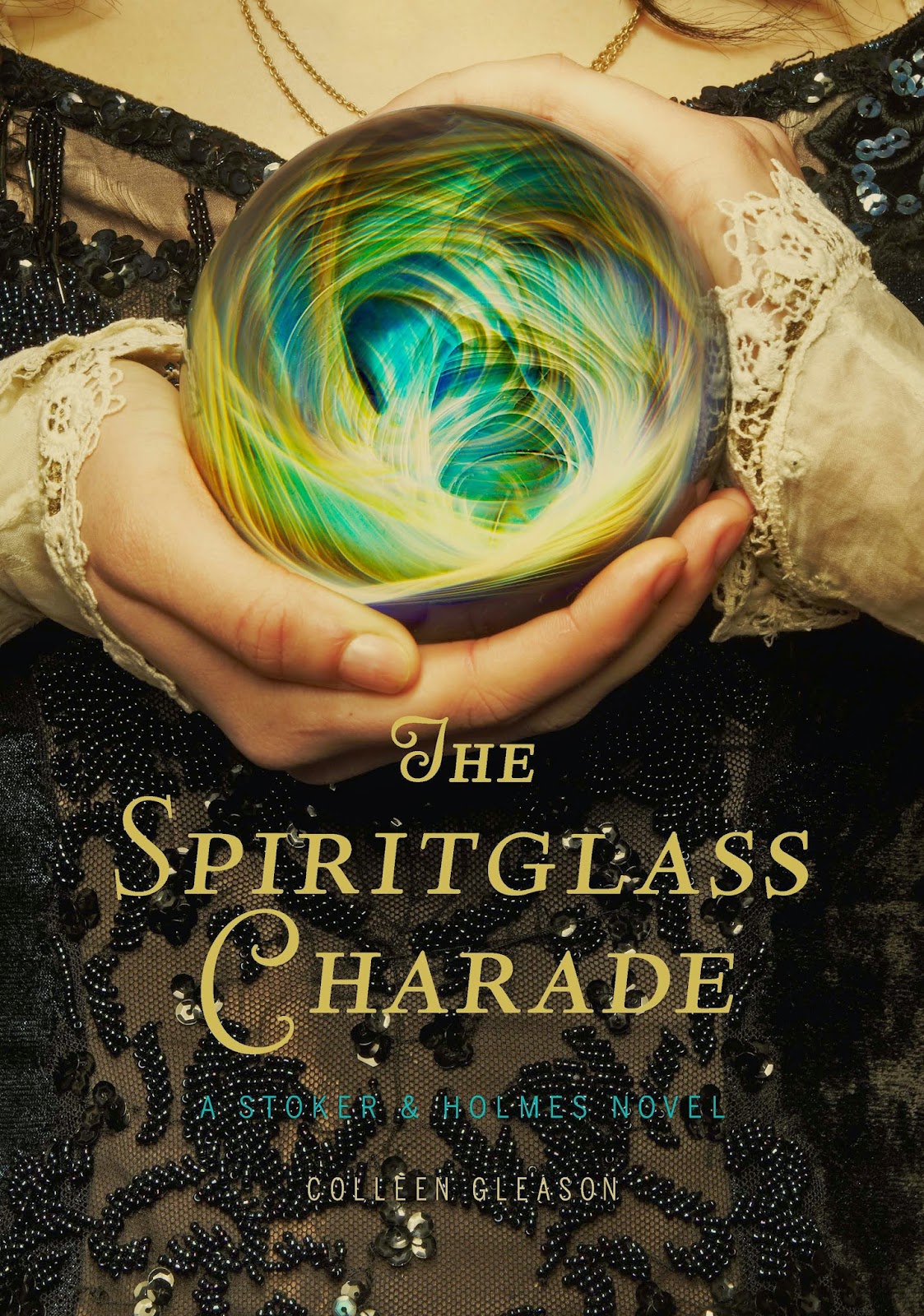 I received this book from Chronicle Books, in exchange for an honest review.

Summary:  After the Affair of the Clockwork Scarab, Evaline Stoker and Mina Holmes are eager to help Princess Alix with a new case. Seventeen-year-old Willa Aston is obsessed with spiritual mediums, convinced she is speaking with her mother from beyond the grave. What seems like a case of spiritualist fraud quickly devolves into something far more menacing: someone is trying to make Willa "appear lunatic," using an innocent-looking spiritglass to control her.

The list of clues piles up: an unexpected murder, a gang of pickpockets, and the return of vampires to London. But are these events connected? As Uncle Sherlock would say, "there are no coincidences." It will take all of Mina's wit and Evaline's muscle to keep London's sinister underground at bay.

Thoughts: Set in London 1889 when spiritualism was quite popular with both believers and non-believers. Such an intriguing time. Ms. Stoker & Ms. Holmes are thrown into the thick of it, in the hopes of helping a friend to Princess Alexandra.

Each chapter is either narrated by Holmes or Stoker. I have to say Ms. Stoker is way more likeable than Ms. Holmes. Mina Holmes is quite stuffy and just a bit of a snob. I hope Evaline will rub off on her eventually. If these two lived together they would be The Odd Couple of the Victorian era. The Spiritglass Charade was  a captivating page-turner. Full of mystery and intrigue. The last scene of the book was a bit of a shocker, I can't wait to read more.


Stoker & Holmes:
The Clockwork Scarab
The Spiritglass Charade
at 12:00 AM