1. Derek Hale (played by Tyler Hoechlin) in the current TV series Teen Wolf. It helps that he runs around with his shirt off all the time.

2. Etienne of Navarre (played by Rutger Hauer) in the movie Ladyhawke. The romance of forbidden love, the pain of Rutger and Michelle Pfeiffer only getting to see each other for mere seconds at dawn and dusk…never able to touch. Wow, this movie gets me every time and Rutgers plays the part of the haunted hero to perfection.

3. Clayton Danvers of the Women of the Otherworld book series by Kelley Armstrong. I love Clay as the big strong alpha male. Never understood why Elena even considered walking away from him. I haven’t seen the TV series yet, but I will

4. Laura Alden (played by Michelle Pfeiffer) in the movie Wolf. Pfeiffer gets to be the werewolf this time, nipping Jack Nicholson in order to turn him into a werewolf.

5. The Lycans of Underworld Not necessarily tied to any particular actor in this series (preferred the first movie to those that came after). I just love the re-imagining of the werewolf form by Patrick Tatopoulos.

6. George Sands (played by Russell Tovey) in the BBC paranormal TV show Being Human. Just loved how this show transformed about the most un-alpha (if adorkable) guy that I’ve ever seen into a werewolf. Loved the show, but had to stop part way through Season 4. Just too many main characters killed off to sustain the show…in my humble opinion.

7. Oz (play by Seth Green) in a re-occurring role as a werewolf in Buffy the Vampire Slayer. I pretty much love all things Buffy.

8. Ruby Wilder (played by Mia Kirshner) in the short lived TV series Wolf Lake. I loved the premise of the show, but it didn’t last long enough to even see where it might go. Stupid TV execs…don’t know anything!

9. Wilby Daniels (played by Dean Jones) in the 1976 movie The Shaggy D.A. This may not be a traditional shifter story, but I loved this movie as a kid…and this is my list...so there!

10. Peter Hale (played by Ian Stuart Bohen) in the TV series Teen Wolf. I started the list with Teen Wolf, and I’ll finish it with Teen Wolf. Peter is here because he’s just so good at being bad. Most of the time, I’m sitting on the couch wondering why the heck they haven’t offed him already. Is it my imagination, or is Peter getting buffer as the series goes on? 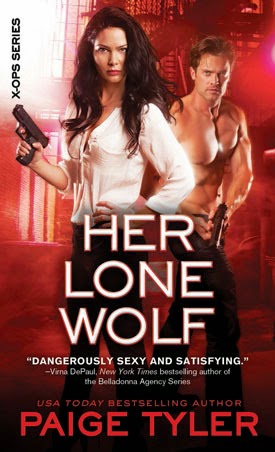 Leaving him was Impossible…
It took everything she had for FBI Special Agent Danica Beckett to walk away from the man she loved. But if she wants to save his life, she has to keep her distance. Now, with a killer on the loose and the stakes higher than ever before, the Department of Covert Ops is forcing  these former lovers into an uneasy alliance…whether they like it or not.

Seeing her again is even worse
The last thing Clayne Buchanan wants is to be shackled to the woman who broke his heart. She gets under his skin in a way no one ever has and makes him want things he has no right to anymore. All he has to do is suffer through this case and he can be free of her for good. But when Clayne finds out why Danica left in the first place, everything he’s tried to bury comes roaring back—and there’s no way this wolf shifter is going to let her get away this time.

GIVEAWAY
a Rafflecopter giveaway
at 12:00 AM