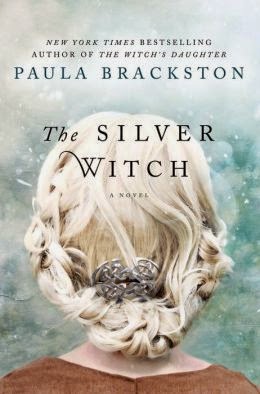 A year after her husband’s sudden death, ceramic artist Tilda Fordwells finally moves into the secluded Welsh cottage that was to be their new home. She hopes that the tranquil surroundings will help ease her grief, and lessen her disturbing visions of Mat’s death. Instead, the lake in the valley below her cottage seems to spark something dormant in her – a sensitivity, and a power of some sort. Animals are drawn to her, electricity shorts out when she’s near, and strangest of all, she sees a new vision; a boat full of ancient people approaching her across the water.

GIVEAWAY:
Thanks to St. Martin's Press I have a copy of The Silver Witch to giveaway. To enter leave a comment along with your email address. Open to US/CA. The winner will be announced on April 20th.
at 12:00 AM