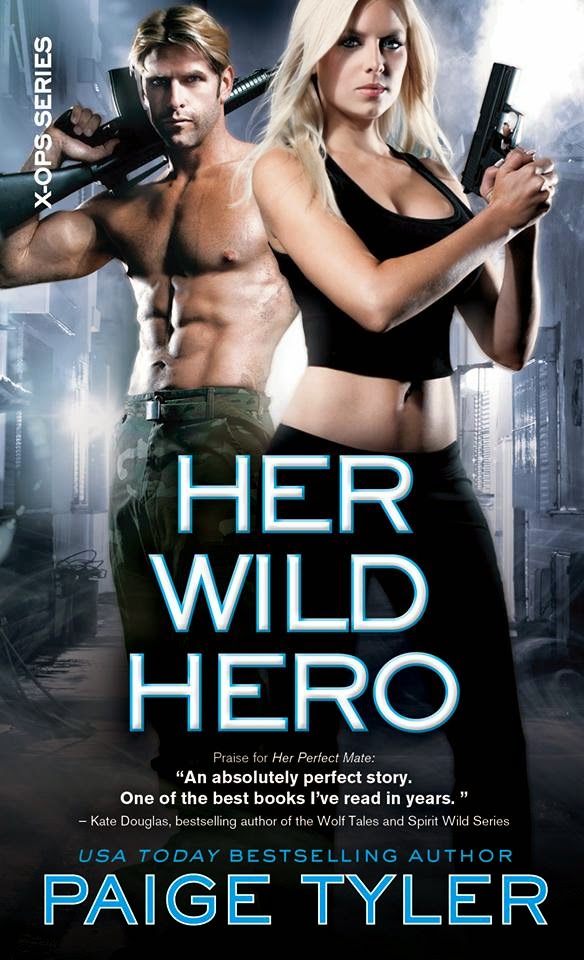 Department of Covert Operations Training Officer Kendra Carlsen has been begging her boss to let her go into the field for years. When he finally agrees to send her along on a training exercise in Costa Rica, she’s thrilled.

Bear-shifter Declan MacBride, on the other hand, is anything but pleased. He’s been crushing on Kendra since he started working at the DOC seven years ago. Spending two weeks in the same jungle with her is putting a serious strain on him.

When the team gets ambushed, Kendra and Declan are forced to depend on each other. But the bear-shifter soon discovers that fighting bloodthirsty enemies isn’t nearly as hard as fighting his attraction to the beautiful woman he’ll do anything to protect.

Paige Tyler is the USA Today bestselling author of sexy, romantic fiction. She and her very own military hero (also known as her husband) live on the beautiful Florida coast with their adorable fur baby (also known as their dog). Paige graduated with a degree in education, but decided to pursue her passion and write books about hunky alpha males and the kick-butt heroines who fall in love with them. Visit her at www.paigetylertheauthor.com .

Today we are excited to sit down with Declan MacBride and Kendra Carlsen, the heroes of Paige Tyler’s May release Her Wild Hero! The latest title in Tyler’s hot X-Ops series finds Declan and Kendra deep in the Costa Rican jungle fighting for their lives. Kendra and Declan are here to give us a peek at their jungle adventures and a survival tip for would-be X-Op agents!

“They even found some berries and mangoes growing along their path and had an impromptu snack. Eating something other than energy bars was too much of a morale booster to pass up.”

Declan’s Jungle Tip: If you find something other than energy bars to eat when you’re in the jungle, you might want to chow down while you have the chance.


GIVEAWAY
a Rafflecopter giveaway
at 12:00 AM