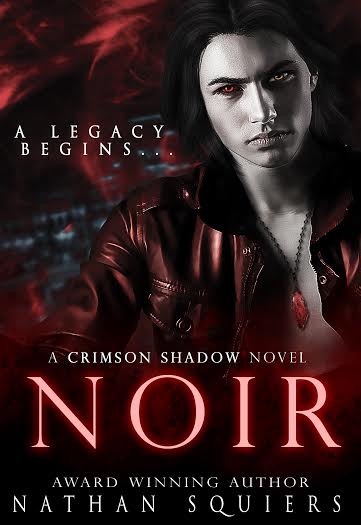 Xander Stryker wants to die. Ever since witnessing his mother's murder at the hands of his abusive stepfather when he was a boy, he has spent every day trying to reach that goal. But every night he's denied the death he craves. As his eighteenth birthday approaches, a chance for change is offered when his life is plunged into a supernatural world of vampires and other creatures of darkness.

Caught in the depths of this new reality, mysteries of his vampiric lineage begin to unravel and he's offered the ultimate choice: Continue on with his wretched human life or begin a new one as the vampire prodigy he was always meant to be. Unfortunately, the supernatural world can be just as unforgiving and brutal as any other and Xander's choice is met with disastrous consequences. Now, with little support and even less hope, the chaos of his new world collides with his torturous past and threatens to crush him once and for all.

About the Author:
Nathan Squiers (“The Literary Dark Emperor” and the author formally known as “Prince”) is a resident of Upstate New York. Living with his loving fiancé/fellow author, Megan J. Parker, and two incredibly demanding and out-of-control demon-cats, Nathan lives day-by-day on a steady diet of potentially lethal doses of caffeine and (of course) bacon. When not immersed in his writing, he often escapes reality through movie marathons, comics & anime, and gnarly tunes. While out-and-about, The Literary Dark Emperor can be found in the chair of a piercing studio/tattoo parlor, at the movies, or simply loving life with friends & loved ones.