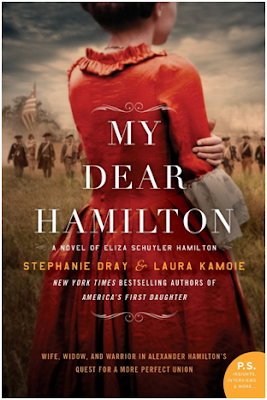 About My Dear Hamilton: A Novel of Eliza Schuyler Hamilton (Coming 4.3.2018):
Wife, Widow, and Warrior in Alexander Hamilton’s Quest to Form a More Perfect Union
From the New York Times bestselling authors of America’s First Daughter comes the epic story of Eliza Schuyler Hamilton—a revolutionary woman who, like her new nation, struggled to define herself in the wake of war, betrayal, and tragedy. Haunting, moving, and beautifully written, Dray and Kamoie used thousands of letters and original sources to tell Eliza’s story as it’s never been told before—not just as the wronged wife at the center of a political sex scandal—but also as a founding mother who shaped an American legacy in her own right.
A general’s daughter…
Coming of age on the perilous frontier of revolutionary New York, Elizabeth Schuyler champions the fight for independence. And when she meets Alexander Hamilton, Washington’s penniless but passionate aide-de-camp, she’s captivated by the young officer’s charisma and brilliance. They fall in love, despite Hamilton’s bastard birth and the uncertainties of war.
A founding father’s wife...
But the union they create—in their marriage and the new nation—is far from perfect. From glittering inaugural balls to bloody street riots, the Hamiltons are at the center of it all—including the political treachery of America’s first sex scandal, which forces Eliza to struggle through heartbreak and betrayal to find forgiveness.
The last surviving light of the Revolution…
When a duel destroys Eliza’s hard-won peace, the grieving widow fights her husband’s enemies to preserve Alexander’s legacy. But long-buried secrets threaten everything Eliza believes about her marriage and her own legacy. Questioning her tireless devotion to the man and country that have broken her heart, she’s left with one last battle—to understand the flawed man she married and imperfect union he could never have created without her…
Pre-Order on Amazon | B&N |GooglePlay |iBooks | Kobo


To celebrate Eliza Schuyler Hamilton’s Birthday today, we have a surprise for you! Share the cover of MY DEAR HAMILTON and fill out the Rafflecopter below to receive an Exclusive Excerpt! 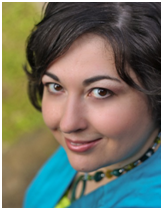 New York Times bestselling author, Stephanie Dray is an award-winning, bestselling and two-time RITA award nominated author of historical women’s fiction. Her critically acclaimed series about Cleopatra’s daughter has been translated into eight different languages and won NJRW's Golden Leaf. As Stephanie Draven, she is a national bestselling author of genre fiction and American-set historical women's fiction. She is a frequent panelist and presenter at national writing conventions and lives near the nation's capital. Before she became a novelist, she was a lawyer, a game designer, and a teacher. Now she uses the stories of women in history to inspire the young women of today.
Stephanie’s Website | Facebook | Twitter | Newsletter 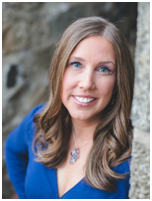 New York Times bestselling author, Laura Kamoie has always been fascinated by the people, stories, and physical presence of the past, which led her to a lifetime of historical and archaeological study and training. She holds a doctoral degree in early American history from The College of William and Mary, published two non-fiction books on early America, and most recently held the position of Associate Professor of History at the U.S. Naval Academy before transitioning to a full-time career writing genre fiction as the New York Times bestselling author, Laura Kaye. Her New York Times bestselling debut historical novel, America's First Daughter, co-authored with Stephanie Dray, allowed her the exciting opportunity to combine her love of history with her passion for storytelling. Laura lives among the colonial charm of Annapolis, Maryland with her husband and two daughters.
Laura’s Website | Facebook | Twitter | Newsletter Sign-Up