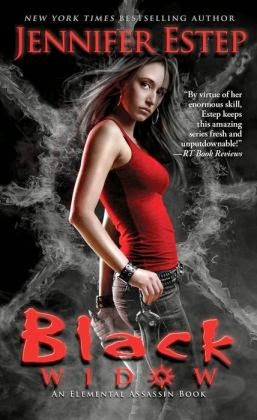 
There’s nothing worse than a cruel, cunning enemy with time to kill—and my murder to plan. With wicked Fire elemental Mab Monroe long gone, you’d think I could finally catch a break. But someone’s always trying to take me down, either as Gin Blanco or my assassin alter-ago. Now along comes the Spider’s new arch-nemesis, the mysteriously named M. M. Monroe, who is gleefully working overtime to trap me in a sticky web of deceit.
The thing is, I’m not the only target. I can see through the tangled threads enough to know that every bit of bad luck my friends have been having lately is no accident—and that each unfortunate “coincidence” is just one more arrow drawing ever closer to hitting the real bull’s-eye. Though new to Ashland, this M. M. Monroe is no stranger to irony, trying to get me, an assassin, framed for murder. Yet, as my enemy’s master plan is slowly revealed, I have a sinking feeling that it will take more than my powerful Ice and Stone magic to stop my whole life from going up in flames.

GIVEAWAY
Thanks to Simon & Schuster I have a copy of Black Widow to giveaway.
To enter leave a comment along with you email address. Open to U.S. & Canada.
The winner will be announced on November 25th.
at 12:00 AM