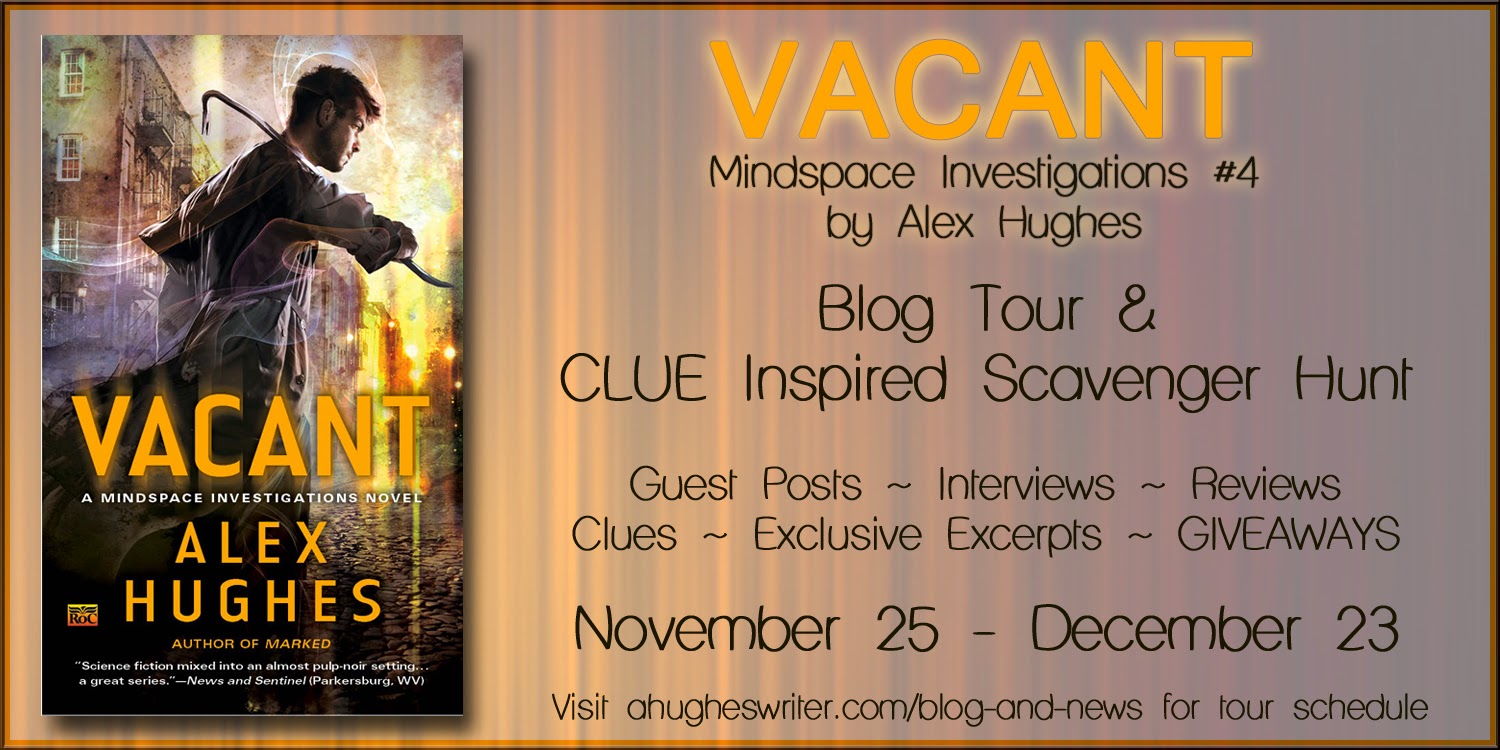 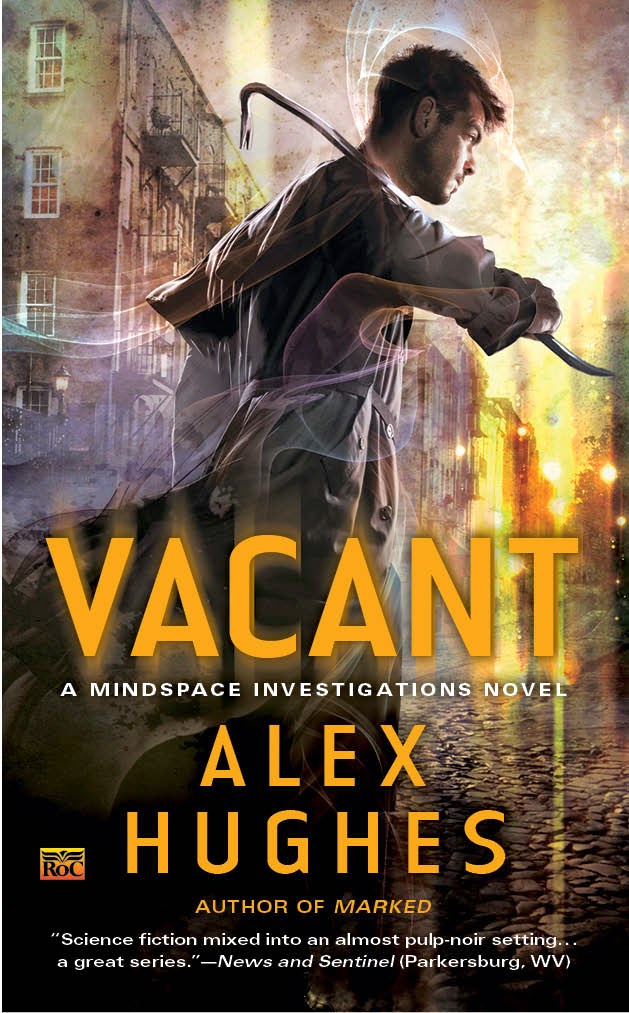 Nothing ruins a romantic evening like a brawl with lowlifes—especially when one of them later turns up dead and my date, Detective Isabella Cherabino, is the #1 suspect. My history with the Atlanta PD on both sides of the law makes me an unreliable witness, so while Cherabino is suspended, I’m paying my bills by taking an FBI gig.

I’ve been hired to play telepathic bodyguard for Tommy, the ten-year-old son of a superior court judge in Savannah presiding over the murder trial of a mob-connected mogul. After an attempt on the kid’s life, the Feds believe he’s been targeted by the businessman’s “associates.”

Turns out, Tommy’s a nascent telepath, so I’m trying to help him get a handle on his Ability. But it doesn’t take a mind reader to see that there’s something going on with this kid’s parents that’s stressing him out more than a death threat…

About the Author
Alex Hughes, the author of the award-winning Mindspace Investigations series from Roc, has lived in the Atlanta area since the age of eight. She is a graduate of the prestigious Odyssey Writing Workshop, and a member of the Science Fiction Writers of America and the International Thriller Writers. Her short fiction has been published in several markets including EveryDay Fiction, Thunder on the Battlefield and White Cat Magazine. She is an avid cook and foodie, a trivia buff, and a science geek, and loves to talk about neuroscience, the Food Network, and writing craft—but not necessarily all at the same time!

Vacant Clue
In addition to fun blog posts, interviews, and exclusive excerpts, fans will have a chance to solve a mystery during the month-long VACANT blog tour! A “Clue-like” checklist is available to download from the author’s blog, to be marked off as readers visit stops along the tour schedule. Somewhere on participating blog posts will be clues (clearly marked) that will eliminate specific “Location”, “Weapon”, or “Suspect” options. At the end of the tour, a rafflecopter entry form will help Alex choose a grand prize winner amongst all who correctly guess “who dunnit?” based on the remaining options. There will also be individual blog giveaways for print, digital, and audio copies of Mindspace Investigations novels. The Scavenger Hunter ends on December 24th. 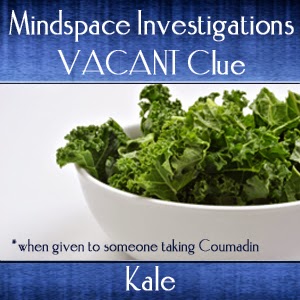 Giveaway
Thanks to Alex I have an ebook copy of one Mindspace Investigations novel
(winner's choice) (INT). Open to everyone. Leave a comment along with your email address. The winner will be announced on December 26th.