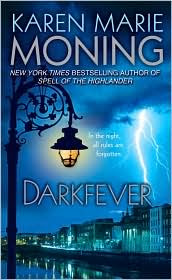 MacKayla Lane’s life is good. She has great friends, a decent job, and a car that breaks down only every other week or so. In other words, she’s your perfectly ordinary twenty-first-century woman. Or so she thinks…until something extraordinary happens.

When her sister is murdered, leaving a single clue to her death–a cryptic message on Mac’s cell phone–Mac journeys to Ireland in search of answers. The quest to find her sister’s killer draws her into a shadowy realm where nothing is as it seems, where good and evil wear the same treacherously seductive mask. She is soon faced with an even greater challenge: staying alive long enough to learn how to handle a power she had no idea she possessed–a gift that allows her to see beyond the world of man, into the dangerous realm of the Fae….

As Mac delves deeper into the mystery of her sister’s death, her every move is shadowed by the dark, mysterious Jericho, a man with no past and only mockery for a future. As she begins to close in on the truth, the ruthless Vlane–an alpha Fae who makes sex an addiction for human women–closes in on her. And as the boundary between worlds begins to crumble, Mac’s true mission becomes clear: find the elusive Sinsar Dubh before someone else claims the all-powerful Dark Book–because whoever gets to it first holds nothing less than complete control of the very fabric of both worlds in their hands. . . . 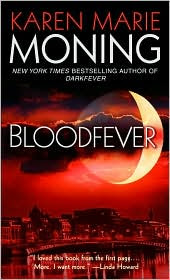 Mackayla Lane's ordinary life underwent a complete makeover when she landed on Ireland's shores and was plunged into a dark, deadly realm unlike any she ever imagined. In her fight to stay alive, Mac must find the Sinsar Dubh—a million-year old book of the blackest magic imaginable that holds the key to power over both the worlds of Fae and Man. Pursued by Fae assassins, surrounded by mysterious figures she knows she cannot trust, Mac finds herself torn between two deadly and irresistible men: V'lane, the insatiable Fae, who can turn sensual arousal into an obsession for any woman; and the ever-inscrutable Jericho Barrons, a man as alluring as he is mysterious.

For centuries, the shadowy realm of the Fae has coexisted with that of humans. Now the walls between the two are coming down, and Mac is the only thing that stands between them... 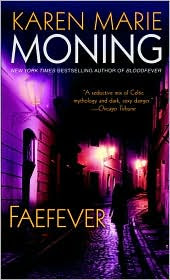 He calls me his Queen of the Night. I'd die for him. I'd kill for him, too. When MacKayla Lane receives a torn page from her dead sister's journal, she is stunned by Alina's desperate words. And now MacKayla knows that her sister's killer is close. But evil is closer. And suddenly the sidhe-seer is on the hunt: For answers. For revenge. And for an ancient book of dark magic so evil, it corrupts anyone who touches it.

As All Hallows Eve approaches and the city descends into chaos, as a shocking truth about the Dark Book is uncovered, not even Mac can prevent a deadly race of immortals from shattering the walls between worlds with devastating consequences. 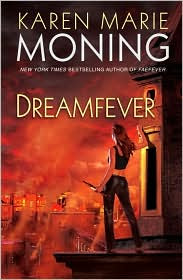 He has stolen her past, but MacKayla will never allow her sister's murderer to take her future. Yet even the uniquely gifted sidhe-seer is no match for the Lord Master, who has unleashed an insatiable sexual craving that consumes Mac's every thought-and thrusts her into the seductive realm of two very dangerous men, both of whom she desires but dares not trust.

As the enigmatic Jericho Barrons and the sensual Fae prince V'lane vie for her body and soul, as she rallies the sidhe-seers to fight an impossible battle, and the power of the Dark Book weaves its annihilating path through the city, Mac's greatest enemy delivers a final challenge...

It's an invitation Mac cannot refuse, one that sends her racing home to Georgia, where an even darker threat awaits. With her parents missing and the lives of her loved ones under siege, Mac is about to come face-to-face with a soul-shattering truth-about herself, and about the world she thought she knew.