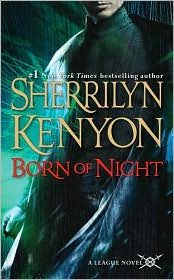 Summary: In the Ichidian Universe no one was safe people were dragged from their homes and killed in the streets. Victims of a ruthless tyrant who was bent on being the sole ruler. Those who opposed him formed an alliance called The League, which fell under the leadership of the Quorum.

The Quorum realized that the best way to keep trouble from starting was to cut it off at its knees. So a separate group of soldiers was needed, The League Assassins. Highly trained and highly valued, they are the backbone of the government. But not even the League is immune to corruption...


Command Assassin Nykyrian Quikiades was born and trained to slaughter. Refusing to be a pawn, he turned his back on the League and has been hunted by them ever since. Though many have tried, none can kill him. Now his assignment is to protect Kiara Zamir, a woman whose father's political alliance has made her a target. She wants nothing to do with politics, yet she is forced to submit to protection or die.

And as her world becomes even deadlier, Kiara must entrust her life to the same kind of beast who once killed her mother and left her for dead. Old enemies and new threaten them both and the only way they can survive is to overcome their suspicions and learn to trust in the very ones who threaten them most-- each other.

Thoughts: The League series originally made it's debut in 1996. The books are being re-released, expanded and with new cover art.

Once an assassin for The League, Nykyrian is constantly being hunted down, with a price on his head. Now he fights to protect the innocent. He hasn't had the easiest life unloved and abused most of this life because of what he is, he has built a thick skin around himself letting no one in. That is until he takes on the protection of Kiara Zamir. She changes everything.

Ms Kenyon has done it again. She has created a world that has sucked me in. I absolutely loved this story. This was a non-stop adventure and steamy romance, that I just couldn't put down. I loved the lead character Nykyrian. He is dark, surly and stubborn. He doesn't feel he is worth caring for or loving. I wasn't sure I was gonna like this book, but he turned out to be one an intriguing character. He's journey was wonderful to read, I'm looking forward to reading the other books in the series.

Did you enjoy the book: Yes
Would you recommend this book: Yes
Score: 5 Stars