Way Back When... when my TBR list was just a baby and had about 10 books on it and before I discovered Paranormal Romance the main genre I was reading was YA, which I absolutely loved. But over the last several years I've been reading less of the genre. But these last three months I've re-discovered my love for YA and have discovered some great authors. In 2010 there is huge amount of YA books coming out. I'm not gonna list them all, but here are some 2010 releases I'm looking forward to.

Zara and her friends knew they hadn't solved the pixie problem for good. Far from it. The king's needs grow deeper every day he's stuck in captivity, while his control over his people gets weaker. It's made him vulnerable. And now there's a new king in town.

A turf war is imminent, since the new pixie king, Astley, is moving in quickly. Nick nearly killed him in the woods on day one, but Zara came to his rescue. Astley swears that he and Zara are destined to be together, that he's one of the good guys. Nick isn't buying it, though Zara isn't as sure -- despite herself, she wants to trust the new king. But it's a lot more than her relationship with Nick that is at stake. It's her life -- and his.

Cooper Blake has everything going for him—until he wakes from a car accident with his football career in ruins and a mysterious, attractive girl by his side. Cooper doesn’t know how Samantha got there or why he can see her; all he knows is that she’s a ghost, and the shadows that surround her seem intent on destroying her.

No one from Cooper’s old life would understand what he can barely grasp himself. . . . But Delilah, the captain of the cheerleading squad, has secrets of her own, like her ability to see beyond the physical world, and her tangled history with Brent, a loner from a neighboring school who can hear strangers’ most intimate thoughts. Delilah and Brent know that Cooper is in more trouble than he realizes, and that Samantha may not be as innocent as she has led Cooper to believe. But the only way to figure out where Samantha came from will put them all in more danger than they ever dreamed possible.

When Sophie Mercer turned thirteen, she discovered that she was a witch. It's gotten her into a few scrapes. Her non-Gifted mother has been as supportive as possible, consulting Sophie's estranged father--an elusive European warlock--only when necessary. But when Sophie attracts too much human attention for a prom-night spell gone horribly wrong, it's her dad who decides her punishment: exile to Hecate Hall, an isolated reform school for wayward prodigium, a.k.a. witches, fae, and shapeshifters. By the end of her first day among fellow freak-teens, Sophie has quite a scorecard.

Three powerful enemies who look like supermodels; a futile crush on a gorgeous warlock; a creepy, tag-along ghost; and a new roommate, who happens to be the most-hated person and only vampire on campus. Sophie soon learns that a mysterious predator has been attacking students, and her friend Jenna is the number one suspect. Meanwhile, Sophie has a more personal shock to grapple with. Not only is her father the head of the prodigium council, he's most powerful warlock in the world, and Sophie is his heir. As a series of blood-curdling mysteries starts to converge, Sophie prepares for the biggest threat of all: an ancient secret society determined to destroy all prodigium, especially her.

All her parents wanted was for Eryn to live a normal life...

Redgrave had its share of monsters before Eryn moved to town. Mauled pets, missing children.

The Delacroix family is taking the blame, but Eryn knows the truth. Something stalks the night. Wade, the police chief's son and Redgrave High's resident hottie, warns her the Delacroix are dangerous. But then so is Eryn - in fact, she's lethal.

But she can't help falling for one of the Delacroix boys, dark, brooding - human Alec. And then it all goes bad.

Terrified that her mother, a schizophrenic and an artist, is a mirror that reflects her own future, sixteen-year-old Aura struggles with her overwhelming desires to both chase artistic pursuits and keep madness at bay.

As her mother sinks deeper into the darkness of mental illness, the hunger for a creative outlet keeps drawing Aura toward the depths of her own imagination—the shadows of make-believe that she finds frighteningly similar to her mother’s hallucinations.

Convinced that creative equals crazy, Aura shuns her art, and her life unravels in the process. 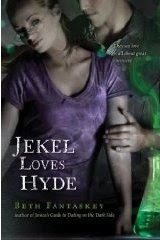 Jill Jekel has always obeyed her parents’ rules – especially the one about never opening the mysterious, old box in her father’s office. But when her dad is murdered, and her college savings disappear, this good girl is tempted to peek inside, because the contents just might be key to winning a lucrative chemistry scholarship.

To better her odds, Jill enlists the help of gorgeous, brooding Tristen Hyde, who has his own dark secrets locked away. As the team of Jekel and Hyde, they recreate experiments based on the classic novel, hoping not only to win a prize, but to save Tristen’s sanity. Maybe his life. As things heat up in the lab though, Jill’s accidental taste of a formula unleashes her darkest nature and will compel her to risk everything – even Tristen’s love – just for the thrill of being… bad. 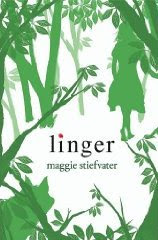 This is the story of a boy who used to be a wolf and a girl who was becoming one.

Just a few months ago, it was Sam who was the mythical creature. His was the disease we couldn't cure. His was the good-bye that meant the most. He had the body that was a mystery, too strange and wonderful and terrifying to comprehend.

But now it is spring. With the heat, the remaining wolves will soon be falling out of their wolf pelts and back into their human bodies. Sam stays Sam, and Cole stays Cole, and it's only me who's not firmly in my own skin.