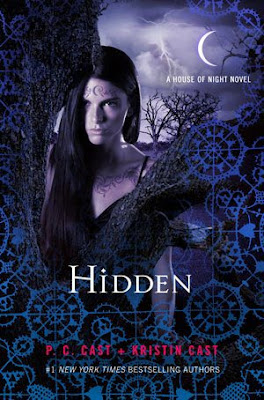 I received this audio book from Macmillan Audio, in exchange for an honest review.

Summary:  At last, Zoey has what she wanted: the truth is out. Neferet's evil has been exposed, and the High Council is no longer on her side--but she's far from done wreaking havoc in the vampyre world. First, a mysterious fire ravages the stables.

Then, Neferet makes a devastating move that will test them all. With the tension at a breaking point and friendships on the line, can the nerd herd come together to stop the spread of Darkness before it's too late.


Thoughts: The truth is out and Zoey couldn't be more relieved. Everyone including the High Council knows about the evil that Neferet has become.  But Neferet is still on the loose. She has broken with Tulsa's House of Night, but she's no where near close to being finished with them. Creating chaos, her actions will divide the Daughters of Darkness. They will need to put their issues aside if they hope to defeat Neferet.

Good read! This series has really been touch and go for me. I adored the first four books - then I lost interested in the series. But the last two books Destined and Hidden have really drawn me back to the series. The one downside to the books, at least for me is Neferet. We've had 10 books now of her causing all sorts of trouble for the students at the House of Night. I think it's time for her story to come to an end.  Hidden is darkness and brings more danger for Zoey and her friends. I did enjoyed this story and I think readers will be mostly satisfied with this book. It'll be interesting to see what will happen next in this world.

Hidden is narrated by Caitlin Davies. I have grown to easily love her voice. In the House of Night there are just so many different voices and she does everyone so perfectly. I especially love the voices she does for Stevie Ray and Martin (Lenobia's mate).