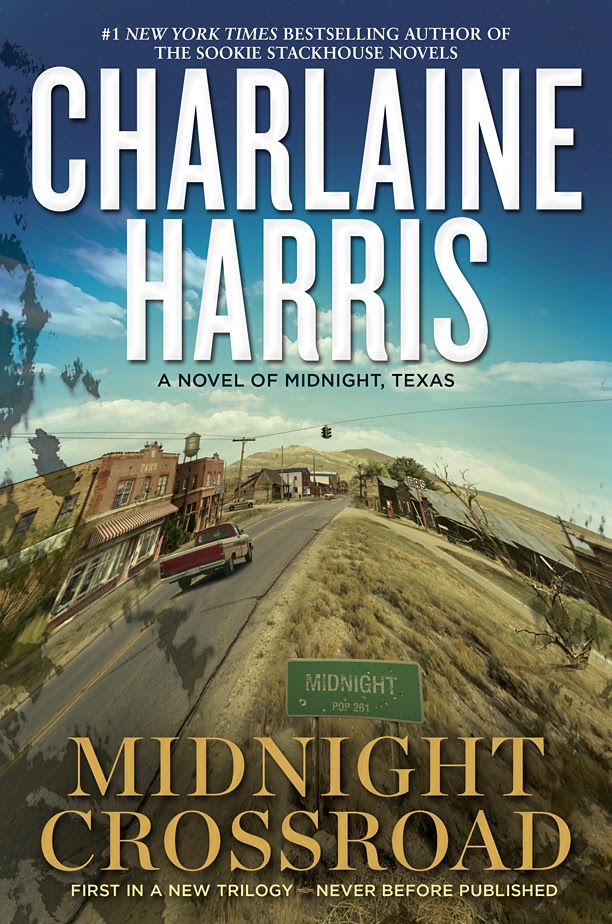 Summary:  Welcome to Midnight, Texas a town with many boarded-up windows and few full-time inhabitants, located at the crossing of Witch Light Road and the Davy highway. It's pretty standard dried-up western town.

There's a pawnshop (someone who lives in the basement is seen only at night). There's a diner (people who are just passing through tend not to linger). And there's a new resident Manfred Bernardo, who thinks he's found the perfect place to work in private (and who has secrets of his own).

Stop at the one traffic light in town, and everything looks normal. Stay awhile, and learn the truth...

Thoughts: Manfred Bernardo is the newest resident of Midnight, Texas. He settles in easily and makes friends with the other residents. At first it seems like an ordinary little town, but Manfred soon learns that Midnight has it share a dark secrets.

I was excited to hear that there was a new series coming from Ms. Harris. I'm so glad I picked it up. It was an excellent read for me. Set in a small town, with curious cast of residents. New characters are introduced, plus some familiar faces that appear/mentioned  from the Harper Connelly series, the Lily Bard Series and even the Aurora Teagarden series.  Midnight Crossroad is fantastic read filled with mystery and intrigue. This is a first in a trilogy and I can't wait to go back to visit Midnight again. If you are a fan of previous series from Charlaine Harris, you won't want miss this one.