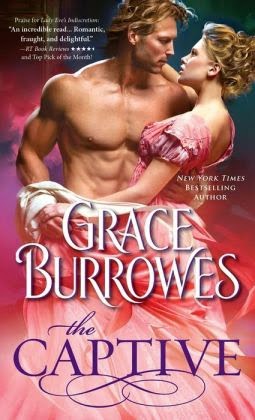 Captured and tortured by the French, Christian Severn, Duke of Mercia, survives by vowing to take revenge on his tormentors. Before the duke can pursue his version of justice, Gillian, Countess of Greendale, reminds him that his small daughter has suffered much in his absence, and needs her papa desperately.

Until he surrenders his heart...

Gilly endured her difficult marriage by avoiding confrontation and keeping peace at any cost. Christian's devotion to his daughter and his kindness toward Gilly give her hope that she could enjoy a future with him, for surely he of all men shares her loathing for violence in any form. Little does Gilly know, the battle for Christian's heart is only beginning.

Thoughts: Christian Severn was captured by the French and it's a miracle he has survived the torture. Everyday he works to heal and get revenge on his tormentors. Meeting the beautiful Countess of Greendale throws him off a bit, but eventually Gillian is someone he doesn't and can't live without.

I was pleasantly surprised to find the story takes place in the same world as The Windham series.  I loved Christian and Gilly. The growth of their relationship is so sweet & sexy. Ms. Burrowes has way of taking the heartbreaking and the heartwarming and weaving them together so beautifully. The Captive is a great start to this new series. I think historical lovers will eat this one up.