This month's Series Spotlight is Molly Harper's Naked Werewolf series. It's one of my favorites. Actually Ms. Harper has become a fast favorite of mine these last few years. If you love humor and sexy werewolves, this is a series not to miss. 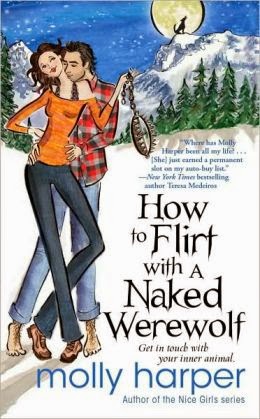 How to Flirt with A Naked Werewolf

Even in Grundy, Alaska, it’s unusual to find a naked guy with a bear trap clamped to his ankle on your porch. But when said guy turns into a wolf, recent southern transplant Mo Wenstein has no difficulty identifying the problem. Her surly neighbor Cooper Graham—who has been openly critical of Mo’s ability to adapt to life in Alaska—has trouble of his own. Werewolf trouble.

For Cooper, an Alpha in self-imposed exile from his dysfunctional pack, it’s love at first sniff when it comes to Mo. But Cooper has an even more pressing concern on his mind. Several people around Grundy have been the victims of wolf attacks, and since Cooper has no memory of what he gets up to while in werewolf form, he’s worried that he might be the violent canine in question.

If a wolf cries wolf, it makes sense to listen, yet Mo is convinced that Cooper is not the culprit. Except if he’s not responsible, then who is? And when a werewolf falls head over haunches in love with you, what are you supposed to do anyway? The rules of dating just got a whole lot more complicated. . . . 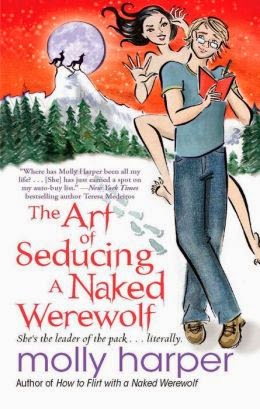 The Art of Seducing A Naked Werewolf

Generations of werewolves have been secretly residing in a secluded valley a stone’s throw from Grundy, Alaska. So when a snooping Outsider comes to Grundy to investigate rumors of lycanthropic shenanigans in the area, the valley’s pack alpha, Maggie Graham, resolves to chase him away, even if doing so takes a quick bite on the butt. What a pity that researcher Nick Thatcher turns out to be so drool-worthy, and that his kisses make Maggie want to sit up and beg. Maggie just can’t seem to convince Nick to leave . . . and even worse, she can’t convince herself to stay away from him.

Cross-species dating is problem enough for a harried alpha female, but on top of that, a rival group of werewolves is trying to move into the valley. With interpack war threatening, Maggie can’t afford to be distracted. Combining romance and a career can be tough for anyone; for a werewolf in love with a human, it may be disastrous. . . . 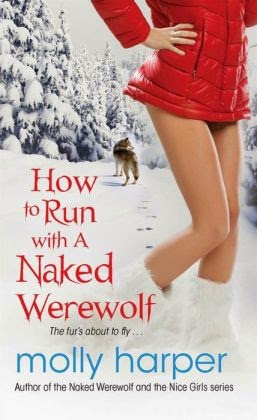 How to Run with A Naked Werewolf


Anna Moder has just witnessed a shooting, seen her car pulverized, and rescued a wounded stranger only to discover he’s really a werewolf. And by her recent standards, things are actually looking up. Lycanthropes don’t faze Anna. Doctoring a wolf pack outside Grundy, Alaska, is the closest thing to home life she’s known in years. But hitching a ride to Anchorage with long-absent pack member Caleb Graham—that’s a risk. Part of her itches to whack his nose with a newspaper. The rest is trying unsuccessfully to keep her own paws off every delicious inch of him.

The problem is—Caleb employs his lupine tracking abilities as a not quite- legal bounty hunter, and Anna is suspicious of both him and his profession. On the run from her past, with old problems closing in, she’d like to stay far, far away from anybody with connections to the law. Caleb, however, seems determined to keep her close. Are his intentions noble, or is he working a more predatory angle?

Anna’s been dreaming of returning to a semi-normal life, but now she’s experiencing a strange new urge . . . to join Caleb in running with the wolves.