Today author, Sherry Soule has some exciting news to share with us! She will be publishing a brand new upper YA series: the “Starlight Saga” (paranormal romance with a Sci-Fi concept) with scorching-hot character chemistry and exciting suspense on June 26, 2014.

To help promote this interstellar love story, “LOST IN STARLIGHT,” Sherry is doing this fun guest post to share the news with fellow booklovers. 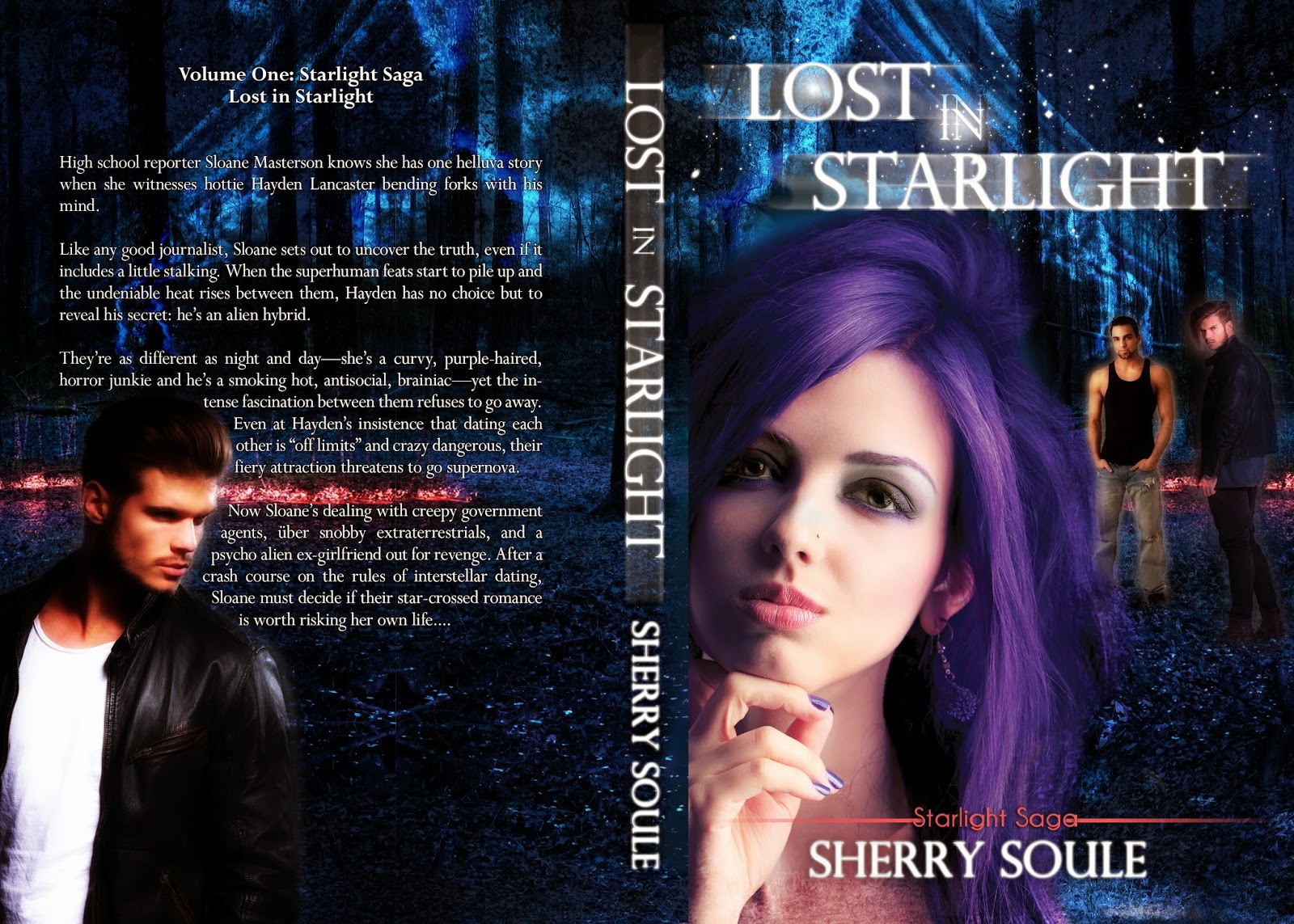 High school reporter Sloane Masterson knows she has one helluva story when she witnesses hottie Hayden Lancaster bending forks with his mind.

Like any good journalist, Sloane sets out to uncover the truth, even if it includes a little stalking. When the superhuman feats start to pile up and the undeniable heat rises between them, Hayden has no choice but to reveal his secret: he’s an alien hybrid.

They’re as different as night and day—she’s a curvy, purple-haired, horror junkie and he’s a smoking hot, antisocial, brainiac—yet the intense fascination between them refuses to go away. Even at Hayden’s insistence that dating each other is “off limits” and crazy dangerous, their fiery attraction threatens to go supernova.

Now Sloane’s dealing with creepy government agents, über snobby extraterrestrials, and a psycho alien ex-girlfriend out for revenge. After a crash course on the rules of interstellar dating, Sloane must decide if their star-crossed romance is worth risking her own life....

The LOST IN STARLIGHT eBooks can be purchased from Amazon, B&N, Kobo, & iBooks on June 26th. The paperback edition from Amazon on June 16th 2014. Places you can find Sherry Soule:
Official Blog: http://www.sherrysoule.blogspot.com/
Twitter @SherrySoule: http://twitter.com/SherrySoule
Please add LOST IN STARLIGHT to your TBR on goodreads: https://www.goodreads.com/book/show/20707942-lost-to-starlight
The awesome book cover was designed by the talented, Kristen Thompson-Oh of KCT Designs at www.kctdesigns.com
at 12:00 AM