For this month's Series Spotlight I decided to go with a series on my TBR. Which is Dorothy Must Die by Danielle Paige.  I love these covers and can't wait to see what this re-imagining is like. 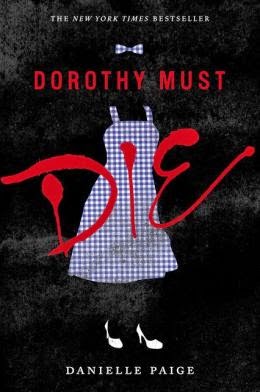 I didn't ask for any of this. I didn't ask to be some kind of hero. But when your whole life gets swept up by a tornado—taking you with it—you have no choice but to go along, you know?


Sure, I've read the books. I've seen the movies. I know the song about the rainbow and the happy little blue birds. But I never expected Oz to look like this. To be a place where Good Witches can't be trusted, Wicked Witches may just be the good guys, and winged monkeys can be executed for acts of rebellion. There's still a road of yellow brick—but even that's crumbling.


What happened? Dorothy. They say she found a way to come back to Oz. They say she seized power and the power went to her head. And now no one is safe.
My name is Amy Gumm—and I'm the other girl from Kansas. I've been recruited by the Revolutionary Order of the Wicked. I've been trained to fight. And I have a mission: Remove the Tin Woodman's heart. Steal the Scarecrow's brain. Take the Lion's courage. And—Dorothy must die. 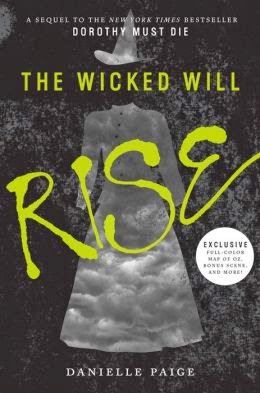 
My name is Amy Gumm—and I'm the other girl from Kansas.

After a tornado swept through my trailer park, I ended up in Oz. But it wasn't like the Oz I knew from books and movies. Dorothy had returned, but she was now a ruthless dictator. Glinda could no longer be called the Good Witch. And the Wicked Witches who were left? They'd joined forces as the Revolutionary Order of the Wicked, and they wanted to recruit me.

Except my job as assassin didn't work out as planned. Dorothy is still alive. The Order has vanished. And the home I couldn't wait to leave behind might be in danger.

Somehow, across a twisted and divided land, I have to find the Order, protect the true ruler of Oz, take Dorothy and her henchmen down—and try to figure out what I'm really doing here. 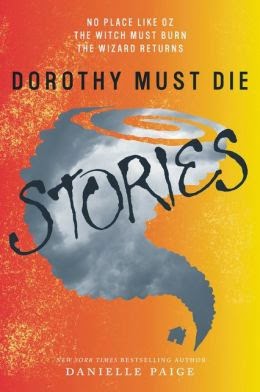 
A collection of three prequel novellas to the New York Times bestselling Dorothy Must Die series by Danielle Paige!


These three prequel novellas to the New York Times bestselling Dorothy Must Die series follow the iconic characters from the beloved classic The Wizard of Oz as their lives intertwine to bring about the downfall of Oz. Dorothy begins a journey down a darker path. Glinda the Good Witch may not be so Good. And the Wizard realizes that Oz is his destiny. Kiss the land where troubles melt like lemon drops goodbye. Here there's danger around every corner and magical shoes won't be able to save you.


Long before Amy Gumm got swept away from a Kansas trailer park . . . Dorothy Gale received a mysterious package on the night of her 16th birthday: a pair of red high-heeled shoes. And with a knock of her heels, Dorothy returned to the magical land that made her a star—and Oz would never be the same again.