[Review]: The Girl on the Train by Paula Hawkins 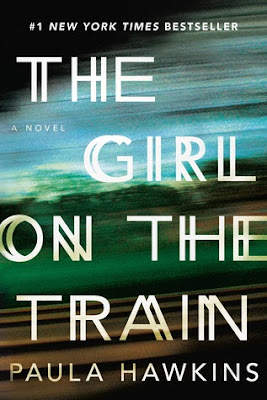 Summary:  EVERY DAY THE SAME

Rachel takes the same commuter train every morning and night. Every day she rattles down the track, flashes past a stretch of cozy suburban homes, and stops at the signal that allows her to daily watch the same couple breakfasting on their deck. She’s even started to feel like she knows them. Jess and Jason, she calls them. Their life—as she sees it—is perfect. Not unlike the life she recently lost.

And then she sees something shocking. It’s only a minute until the train moves on, but it’s enough. Now everything’s changed. Unable to keep it to herself, Rachel goes to the police. But is she really as unreliable as they say? Soon she is deeply entangled not only in the investigation but in the lives of everyone involved. Has she done more harm than good?

Thoughts: I picked this one up after seeing the trailer for the movie. I loved it, even though at times it was very hard to read. Mainly because the separation, depression and alcoholism the lead character is dealing with.  The Girl on the Train is a dark and engaging. I was sucked in instantly. Eager to know these characters and what happened and who did what.  I believe the book is a bit of a cautionary tale... people aren't always what they seam to be, even if they think you know them. I'm real picky with mystery/thriller but I look forward to Ms Hawkins' next book.

This has probably been said a million times, but I'm going say it again If you loved Gillian Flynn's books, I highly recommend this one.


You can view the movie trailer for The Girl on the Train here.
at 10:00 AM