In 2016 the most surprising read was the Inn Boonsboro Trilogy by Nora Roberts. I had read some of her In Death books under J.D. Robb. But none of the Nora Roberts titles. But this trilogy was just amazing to me.

I was watching Love Between the Covers, a documentary about romance books, authors and the industry. Featured in the documentary was The Next Always and there was also a scene of  a signing at the real Inn Boonsboro in Maryland I was definitely intrigued and went to find the first book.

Thoughts on the Trilogy: I loved the family dynamic all three books had. The 3 brothers themselves and the relationship with their mother and the love of their craft and of course the stories with their loves.  It has a great small town feel, the Inn and the history behind it were great. I just loved it... all three books. I was hooked by the first chapter in The Next Always. To top it off Inn BoonsBoro, Vesta Pizza, The Taphouse and Turn the Page Bookstore all are real and exist in BoonsBoro, Maryland. I have only been to Maryland once, but if I ever got back I definitely want to stop in Boonsboro.


I'll put links for the author, documentary and Inn Boonsboro below
If you are looking for Love Between the Covers its available at Netflix
Amazon & iTunes. 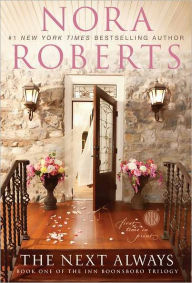 The historic hotel in Boonsboro has endured war and peace, changing hands, even rumored hauntings. Now it’s getting a major facelift from the Montgomery brothers and their eccentric mother. Beckett is the architect of the family, and his social life consists mostly of talking shop over pizza and beer. But there’s another project he’s got his eye on: the girl he’s been waiting to kiss since he was fifteen.

After losing her husband and returning to her hometown, Clare Brewster soon settles into her life as the mother of three young sons while running the town’s bookstore. Busy, with little time for romance, Clare is drawn across the street by Beckett’s transformation of the old inn, wanting to take a closer look . . . at the building and the man behind it.

With the grand opening inching closer, Beckett’s happy to give Clare a private tour - one room at a time. It’s no first date, but these stolen moments are the beginning of something new - and open the door to the extraordinary adventure of what comes next . . . 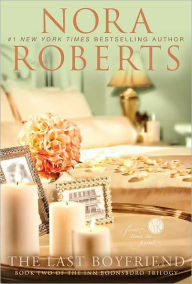 Owen is the organizer of the Montgomery clan, running the family's construction business with an iron fist - and an even less flexible spreadsheet. And though his brothers give him grief for his compulsive list making, the Inn BoonsBoro is about to open right on schedule. The only thing Owen didn't plan for was Avery MacTavish....

Avery's popular pizza place is right across the street from the inn, giving her a first-hand look at its amazing renovation — and a new found appreciation for Owen. Since he was her first boyfriend when they were kids, Owen has never been far from Avery's thoughts. But the attraction she's feeling for him now is far from innocent.

As Avery and Owen cautiously take their relationship to another level, the opening of the inn gives the whole town of BoonsBoro a reason to celebrate. But Owen's hard work has only begun. Getting Avery to let down her guard is going to take longer than he expected — and so will getting her to realize that her first boyfriend is going to be her last.... 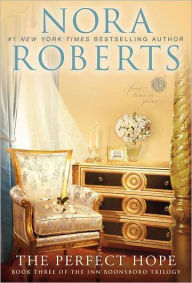 Ryder is the hardest Montgomery brother to figure out - with a tough-as-nails outside and possibly nothing too soft underneath. He's surly and unsociable, but when he straps on a tool belt, no woman can resist his sexy swagger. Except, apparently, Hope Beaumont, the innkeeper of his own Inn BoonsBoro...

As the former manager of a D.C. hotel, Hope is used to excitement and glamour, but that doesn't mean she can't appreciate the joys of small-town living. She's where she wants to be - except for in her love life. Her only interaction with the opposite sex has been sparring with the infuriating Ryder, who always seems to get under her skin. Still, no one can deny the electricity that crackles between them...a spark that ignited with a New Year's Eve kiss.

While the inn is running smoothly, thanks to Hope's experience and unerring instincts, her big-city past is about to make an unwelcome - and embarrassing - appearance. Seeing Hope vulnerable stirs up Ryder's emotions and makes him realize that while Hope may not be perfect, she just might be perfect for him...