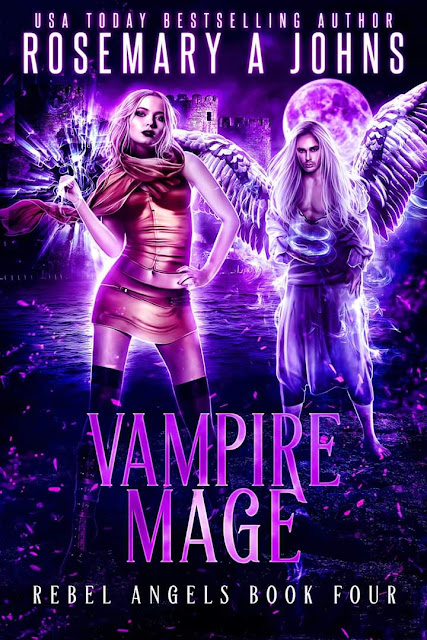 In the supernatural war of angels vs vampires, magic is a savage prince.

Nothing could’ve prepared Violet for initiation into the Legion of the Phoenix. Perilous. Nightmarish. Deadly. If the training doesn’t kill her, the sly hot shifter probably will for not saving their world from the fanatical cult leader. The lone female apprentice mage, Violet is trapped in the Brotherhood with an army of angels brainwashed to annihilate vampires.

When three wishes offer her deepest desires, she’d should’ve known better than to trust them. Even if she lives through the hellish magic Initiation alongside the harem boy angel, she still must face the vicious Mage’s Challenge. If she doesn’t, the seductive vampire geek she loves will be kept forever as their pet, whilst her snarky angel lover will be executed, only to be resurrected as a slave.

Violet must fight beside her monstrous half-brother, the prince, who hungers to force the world to kneel…or battle against him to become a hero to those she loves. Either way, dangerous magic is unfurling inside her, and new realms are about to open that threaten them all…