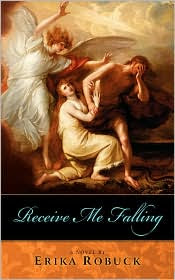 I received this book for review.

Summary: Every slave story is a ghost story.

The haunting words of an historian and former cane worker on the Caribbean island of Nevis, launch Meghan Owen on her quest to unlock the secrets of an abandoned sugar plantation and its ghosts.

After Meg’s parents die in a car accident on the night of her engagement party, she calls off her wedding, takes leave of her job in Annapolis, and travels to land she’s inherited on Nevis. A series of discoveries in an old plantation house on the property, Eden, set her on a search for the truth surrounding the shameful past of her ancestors, their slaves, and the tragedy that resulted in the fall of the plantation and its inhabitants.

Through a crushing phone call with her lawyer, Meg learns that her father’s estate was built on stolen money, and is being sued by multiple sources. She is faced with having to sell the land and plantation home, and deal with the betrayal she feels from her deceased father.

In alternating chapters, the historical drama of the Dall family unfolds. Upon the arrival of British abolitionists to the hedonistic 19th century plantation society, Catherine Dall is forced to choose between her lifestyle and the scandal of deserting her family. An angry confrontation with Catherine’s slave, Leah, results in the girl’s death, but was it murder or suicide?


Thoughts: Meg's parents die on the night of her engagement party. Afterward she learns she now owns an old plantation in the Caribbean called Eden. Soon after learning this leaves for Nevis. Once there she finds out that the land and plantation is shrouded in ghost stories and dark secrets... The story moves back an forth between present day and the 1800's.

Receive Me Falling is an enthralling read, that captivates the reader from page one. I very much enjoyed this story. Both Meg & Catherine take the reader on journey of love, friendship, heartbreak and freedom. For me, the story was very moving. It was beautifully written and a pure joy to read. I enjoyed it alot more than I thought I would. I highly recommend checking this book out.

Favorite Quote: "History reveals itself in small ways. What we know of the past is a mere glimpse. We postulate, make connections that aren't necessarily appropriate, and run with it. The body of history is so much more than we can ever see."
~David, pg 176