In My Mailbox was started over at The Story Siren.
Here is what I got this week... 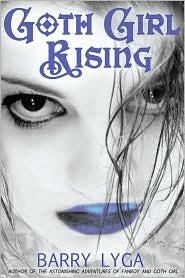 Time is a funny thing in the hospital. In the mental ward. You lose track of it easily. After six months in the Maryland Mental Health Unit, Kyra Sellers, a.k.a. Goth Girl, is going home. Unfortunately, she’s about to find out that while she was away, she lost track of more than time. Kyra is back in black, feeling good, and ready to make up with the only person who’s ever appreciated her for who she really is.

But then she sees him. Fanboy. Transcended from everything he was into someone she barely recognizes. And the anger and memories come rushing back. There’s so much to do to people when you’re angry. Kyra’s about to get very busy. 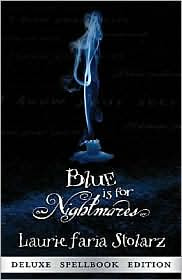 Book Summary:
"I Know Your Secret . . ."
It started with weird e-mails and freaky phone calls. Now someone's leaving Drea white lilies-the same death lilies that have been showing up in Stacy's dreams. Everybody thinks it's just a twisted game . . . until another girl at school is brutally murdered.
There are no witnesses. Worst of all, no one has a perfect alibi. With everyone as a potential suspect, Stacy turns to the one secret weapon she can trust-the folk magic taught to her by her grandmother. Will Stacy's magic be strong enough to expose the true killer, or will the killer make her darkest nightmares come true? 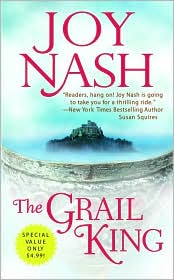 Book Summary:
All who dwell in Avalon possess the powers of the Old Ones. But only some are keepers of the Light. One among them has dared to call upon the Deep Magic, conjuring up a dark storm that bodes ill for the people of Britannia...
The vision came upon him suddenly: a delicate Roman beauty materializing out of the swirling whiteness of the snow. Her appearance near his ruined Celtic village makes no sense, but when the trance leaves him, she remains, demanding that he use his Sight to help her find a stolen grail. The last thing Owein intends is to use his gifts for his enemy, yet something tells him this innocent lass has the power to heal his wounded heart.

Email ThisBlogThis!Share to TwitterShare to FacebookShare to Pinterest
Labels: mailbox