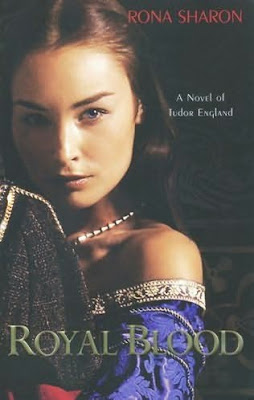 Book Summary:
In the Tudor Court of 1518, your friends and enemies can be one and the same...

During the annual celebration of the Order of the Garter, Sir Michael Devereaux arrives in King Henry VIII's court on a mission for his benefactor. The celebration's endless feats and sumptuous women delight the charismatic newcomer, who becomes captivated by the enigmatic Princess Renée of France. But evil, it seems, has followed Michael to the court. Shortly after his arrival, an unknown killer claims several victims, including the Queen's lady-in-waiting, and the powerful Cardinal Wolsey asks Michael to help with the investigation. As he searches for the killer, Michael is haunted by disturbing images of the victims—flashes of violence that lead him to doubt his own sanity. Michael soon realizes that the key to solving the crime is connected to both the Pope's Imperial vault in Rome and a mystery from Michael's own past—revealing a secret that is so damning, it could forever alter the future of mankind.


GIVEAWAY:
Thanks to Rona Sharon I have 3 signed copies of Royal Blood to giveaway.